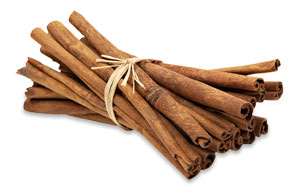 Cinnamon Rooibos Chai in bulk available for wholesale. Cinnamon lovers rejoice! For we have the chai blend for you. Our Cinnamon Rooibos Chai takes the heat of cinnamon and balances it beautifully with the natural smooth, mellow quality of the rooibos. Naturally caffeine free for an anytime treat. We suggest two heaping teaspoons per 8 oz cup. Add sugar and creamer if desired.
This tea contains no caffeine | Steep at 212° for 5 minutes.

Rooibos tea comes from the leaves of the Rooibos plant. Cinnamon is a made from the inner bark of several varieties of cinnamon trees. To harvest it, workers cut the bottom branches from the trees, stripping off the outer bark before beating the branches to loosen the inner bark. The inner bark is then pulled off in long strips to dry, at which point it curls into rolls or “quills,” which are subsequently cut down or ground into the cinnamon sticks or cinnamon powder you see in stores today.