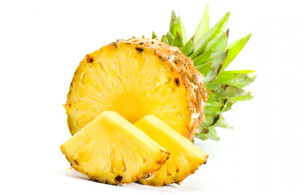 Kona Pineapple tea in bulk available for wholesale. Brush up on your hula and break out the lei necklaces because we’ve gone Hawaiian with our Kona Pineapple herbal blend! The next best thing to drinking liquid sunshine, this fruity tisane will have you laying back and hanging loose while its zesty pineapple essence dances on your palette. Delightful on its own, however we suggest cold brewing or pouring over ice for a exhilarating refreshment that will have you pining for summer, aloha!
This tea contains no caffeine | Steep at 212° for 5-10 minutes.

In popular culture the pineapple has become the recognized symbol of welcome and hospitality, finding its way into door fronts, knockers and commonly depicted on flags. This is because, during the sailing era (approximately 1570’s–1860’s), the sweet fruit was a luxury item, often given as a gift, due to the expense of transit from its native region in the tropics. In this respect, the pineapple was much like sugar, a commodity of the privileged elite class. It is considered by some to be the fruit of colonialism since many of the world powers at that time sought to establish pineapple plantations in the tropics of South and Central America, as well as the Caribbean. 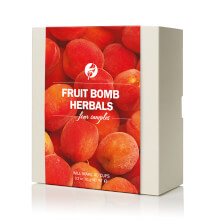