Based on 283 reviews
Looking for Business pricing?
Shopping for yourself?
please consider our retail website.
Valentine's Day is fraught with pressure to buy the perfect gift. Instead of stressing, we have the solution for the tea lover in your life - the Love Petals set.

Three exclusive Valentine's Day blends, packaged loose in festive floral tins, are sure delight the recipient. Sweet nothings hold 36 grams, while Hugs and Kisses and Ripe for Romance each hold 113 grams of tea.

Comes ready to present in a gift box. MOQ: 6 boxes per case.
Also available in bulk! Please see the rooibos, flavored, and white tea categories for each.

St. Valentine's Day first became associated with romantic love in the circle of Geoffrey Chaucer in the High Middle Ages, when the tradition of courtly love flourished. In Japan, the holiday focus isn't on roses and jewelry as much as it is chocolate. Japanese chocolate makers make half of their annual sales during Valentine's Day, and gifts are centered around giving the right amount and type of chocolate to your valentine. In South Korea, similar to Japan, women give chocolate to men on February 14, and men return the gesture by giving candy to women on March 14 (White Day). On April 14 (Black Day), those who did not receive anything on the 14th of Feb or March go to a restaurant to eat black noodles and mourn or celebrate singledom (depending on their viewpoint).

learn more about the teas included 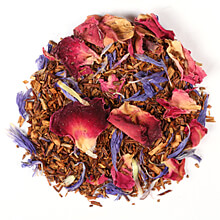 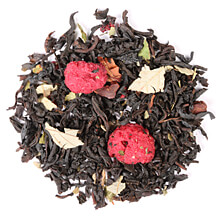 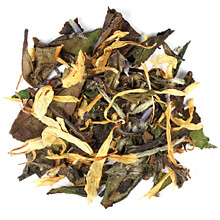