Based on 1369 reviews
Save time by automating shipments of your best-selling teas. Pause or cancel anytime.

Please select size:
LOOSE LEAF TEA
sample
makes 10 cups
$4
This item has been added to your auto delivery. Visit account to manage content and timing of all deliveries.
Looking for Business pricing?
Shopping for yourself?
please consider our retail website.
40 Winks in bulk available for wholesale. Using a blend of herbs known to promote healthy sleep, 40 Winks will round out your day and carry you into the sweetest of dreams.
Be sure to talk with your doctor or healthcare provider before use, especially if you are pregnant or nursing, taking any medication, or if you have a medical condition. This product is not intended to diagnose, treat, cure, or prevent any disease. Intended for adult use only.

Please note that the valerian root, the key ingredient which promotes sleep, has a pungent aroma in the dried form.
This tea contains no caffeine | Steep at 212° for 5-10 minutes.

The sandman is a popular character found in Western mythology who sprinkles sand into the eyes of sleepers to bring them pleasant dreams. He has been featured in anything from children's tales to comics to movies and music, including Neil Gaiman's famous Sandman comic series, the song "Mr. Sandman" by The Chordettes, and the 2012 animated movie Rise of the Guardians. If the idea of a spritely stranger blowing sand in your face doesn't appeal to you though, don't worry, we've got you covered. This 40 Winks tea will help you drift right off to dreamland, no sand required.

Click on the ingredients below to discover more about their properties:
valerian root
chamomile
spearmint
passion flower
lemon balm
lavender
valerian root
valerian root
Native to Europe and Asia, Valeriana officinalis is a flowering perennial plant. Used for thousands of years, the valerian root contains a dense concentration of active compounds which have been used for their ability to help induce sleep, reduce anxiety and lower blood pressure. 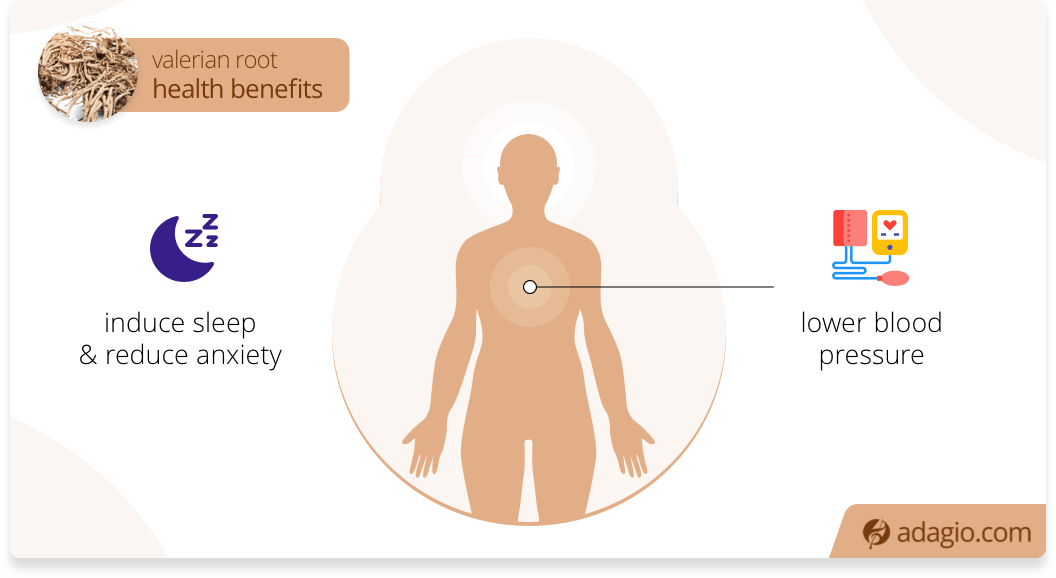 chamomile
chamomile
Dating back to ancient Egypt, Greece and Rome, chamomile has long been sort after as a remedy for numerous ailments. Most notably, the small daisy-like flower has been used as a mild, relaxing sleep aid. Though it has also been used to treat fevers, colds, stomach discomfort and as an anti-inflammatory. 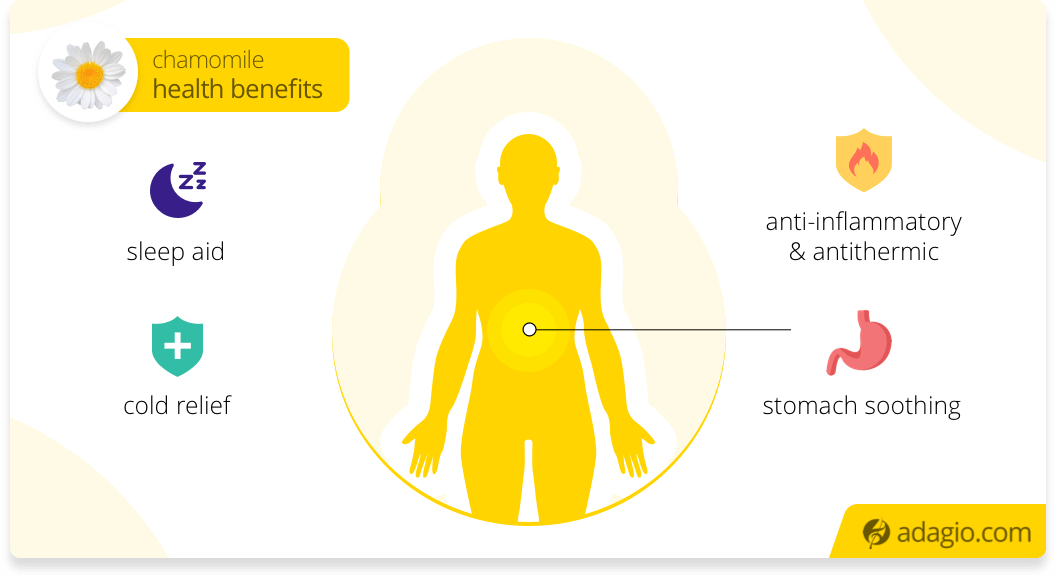 spearmint
spearmint
Closely related to peppermint, Mentha spicata or spearmint is a highly recognized flavor popular in many drinks, candy and toiletries. While it is used to freshen breath, it is believed that the natural antibacterial and antimicrobial properties of the menthol helps to protect your mouth from infection. Spearmint tea is also used to naturally soothe sore throats and tightness in the chest caused by congestion. It is additionally used to ease an upset stomach and is popular in preventing morning sickness and nausea. 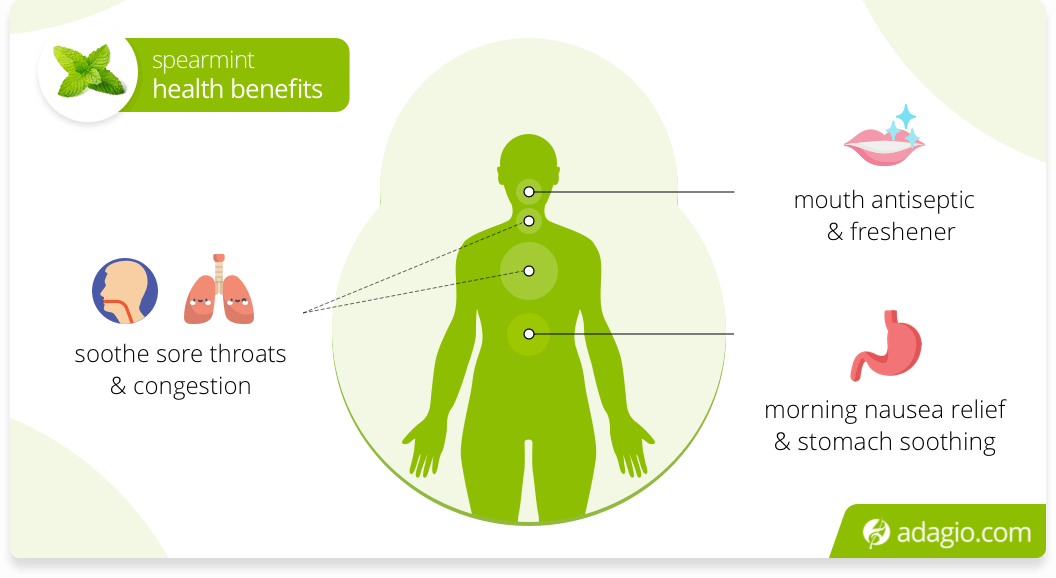 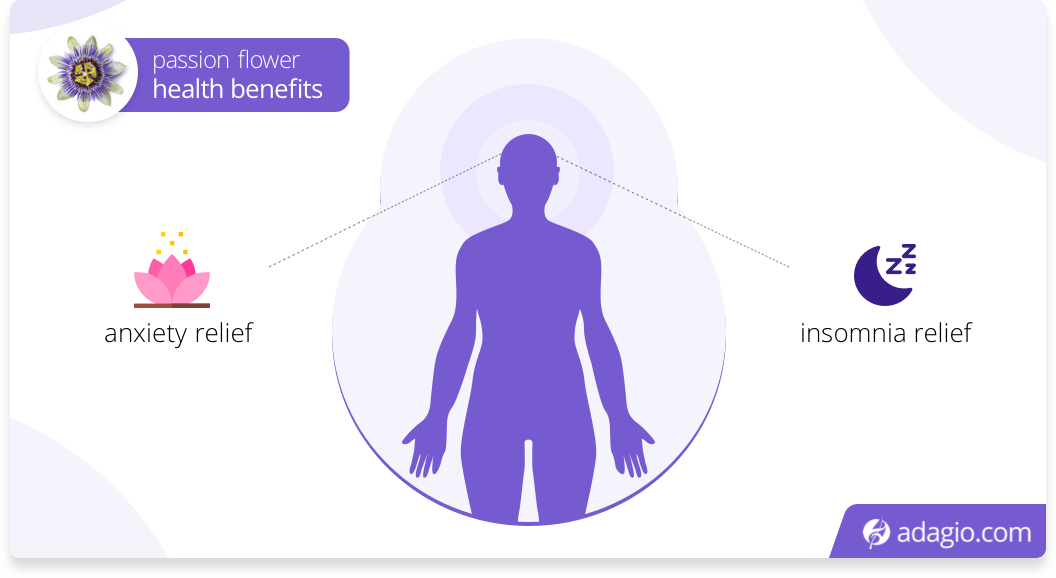 lemon balm
lemon balm
A native plant to parts of Europe, Asia and the Middle East, Lemon Balm or Melissa officinalis, is an herb that has been in regular usage for hundreds of years. In the Middle Ages it was used to soothe tension, dress wounds, toothache relief and morning sickness. While it is still used to aid anxiety, it is now also used for stomach ailments as well as a sleep aid.

lavender
lavender
The floral herb gets its name from the Latin root "lavare" which literally translates as "to wash". Its use has been dated back to ancient Egypt and is still used today to treat everything from anxiety, insomnia to nausea and headaches. 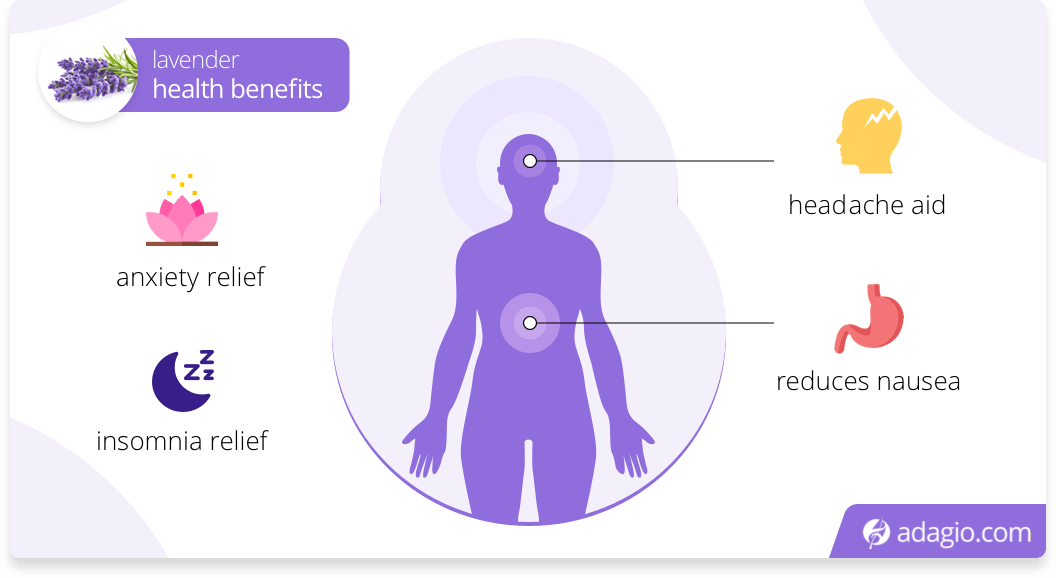 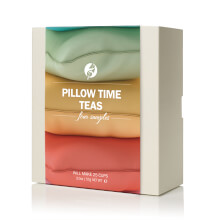